The store will not work correctly in the case when cookies are disabled.
Handcrafted

One vase, for one flower

Add to my collection Remove from Wish List
Added to your collection
Action undone!
Money back guarantee
We plan to ship within 72 hours
Contact Us About This Creation/Creator 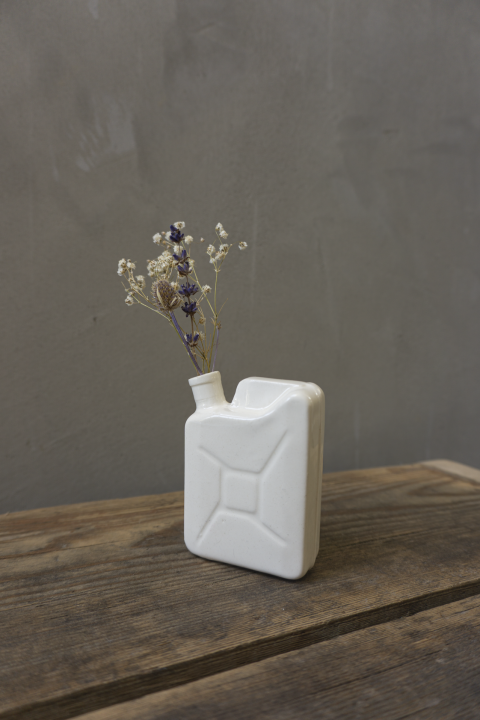 One vase, for one flower

My father’s biggest love is transportation, especially motorcycles.
When I was a child, his motorcycle, a BMW R27, from 1957 was on display in our living room.
For me, it was a legitimate and spectacular structural object that was an integral part of our home design.
Nira's design was inspired by the same BMW, celebrating the formal beauty of the vehicle’s structure and all it’s related items encompassed as part of the interior design of our home.

* This creation is part of the original numbered batch of 5 identical items, created by the artist/designer
The Creator

I’m a designer who cares about SOCIETY, HUMANS, SUSTAINABILITY.
I love following the sun and exploring new cultures all through my eyes and camera.
I see design as an opportunity to make connections between cultures and people, to create equality and happiness in society.
According to these, I aspire to influence through my designs.

The Proccess
Nira is made using ceramic mold casting technology.
The process consists of several steps, each of which requires a great deal of time and attention.
After designing the vase, I created a plaster mold for it, which is divided into two parts so that the vase can be easily extracted from the tray molding.
Following the creation of the gypsum mold, it went into a drying oven for about two days.
When the mold was dry enough, I poured liquid clay into it, waited about ten minutes, and poured the clay back into the original container.
During that time, while the clay was inside the molding tray, a thick wall was created that precisely mirrored the inner shape of the mold, and after pouring out the remaining liquid, it was left empty on the inside so that it could hold flowers and water.
After about an hour and a half, the vase begins to shrink and the mold can be opened, allowing the vase to be easily removed from the mold.
From there, the vase sits for two more days to dry, undergoing the first fire in the oven, then immersion in the glaze, and finally, a second fire, after which it is ready to be used! 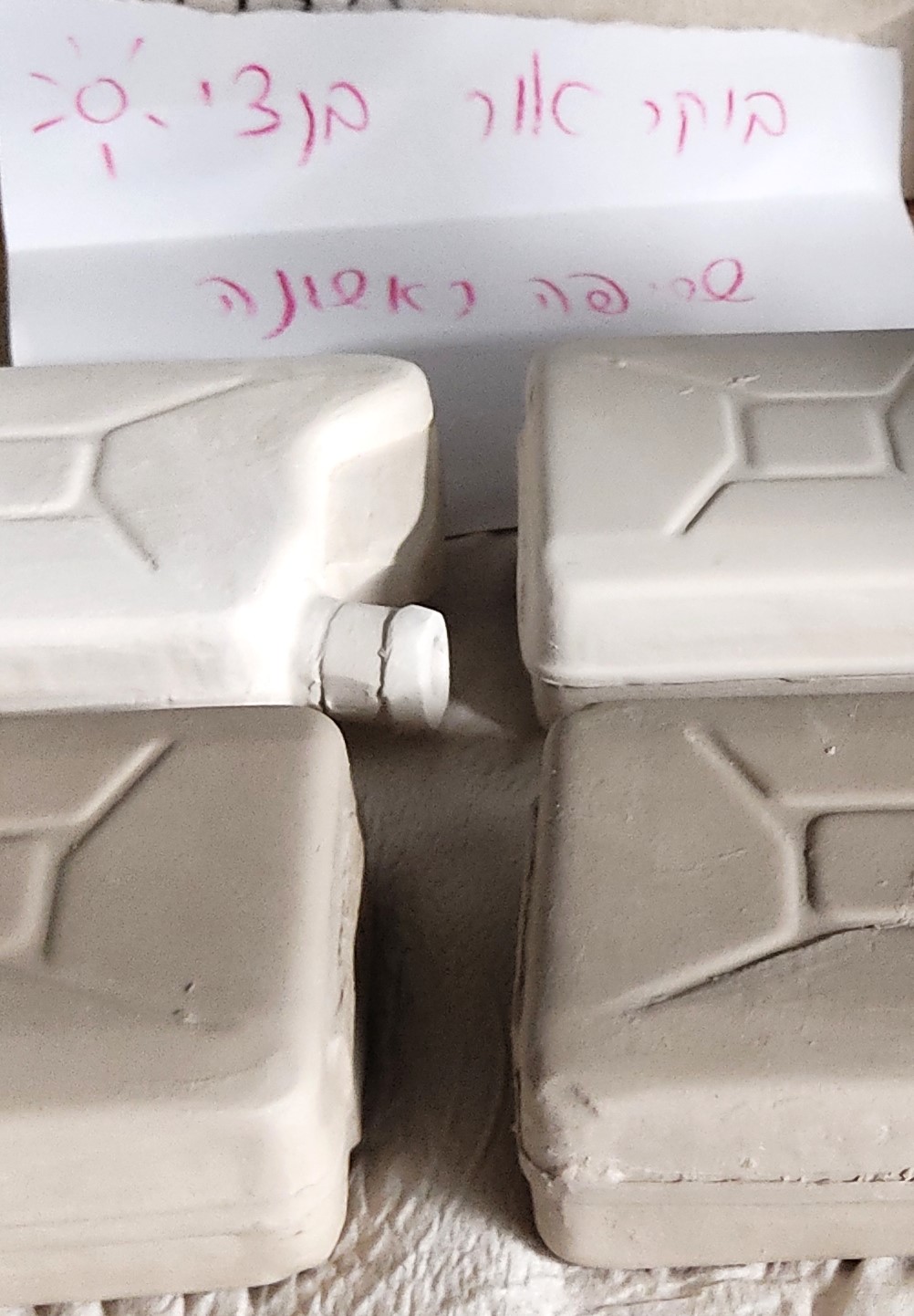 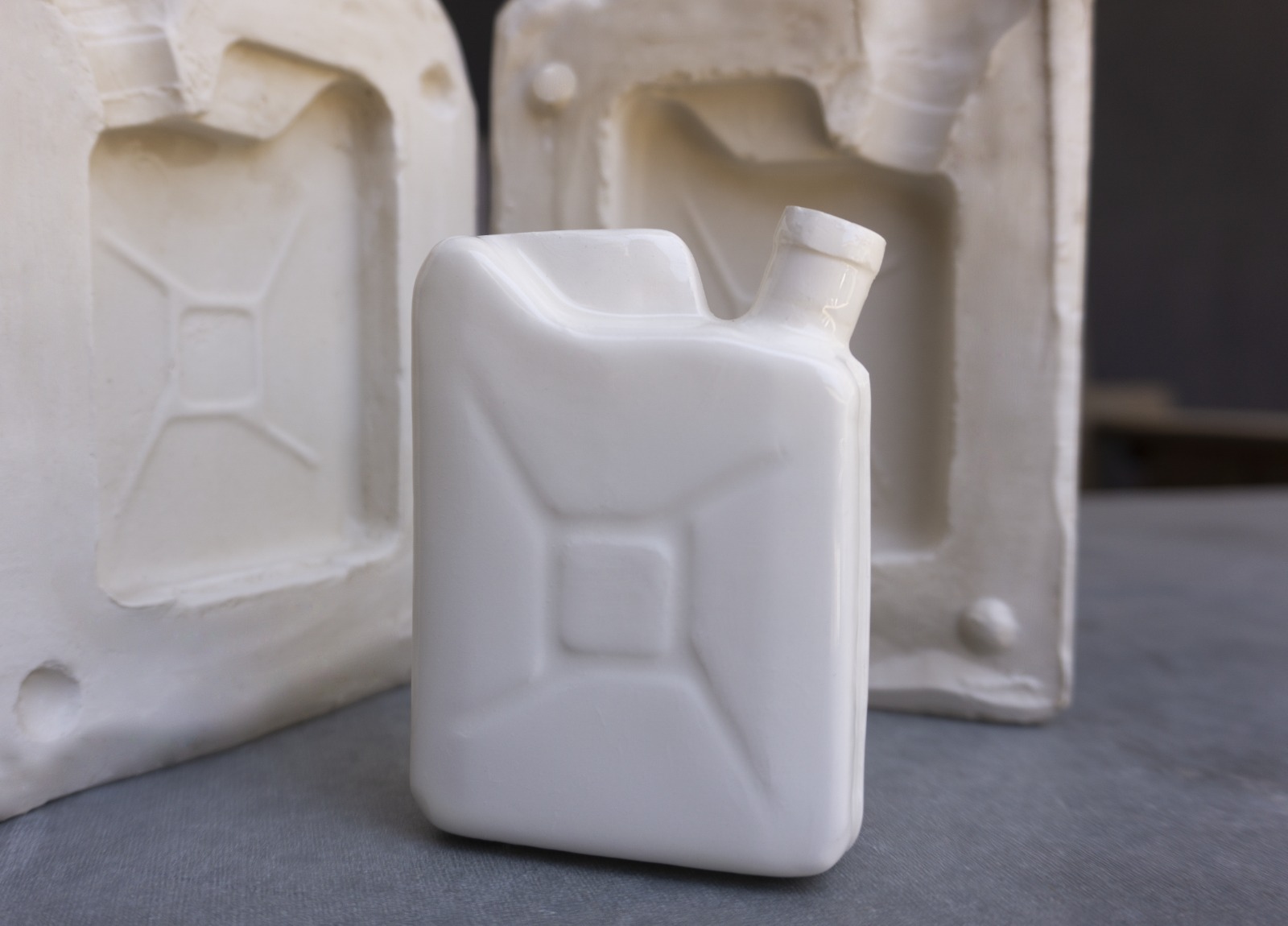